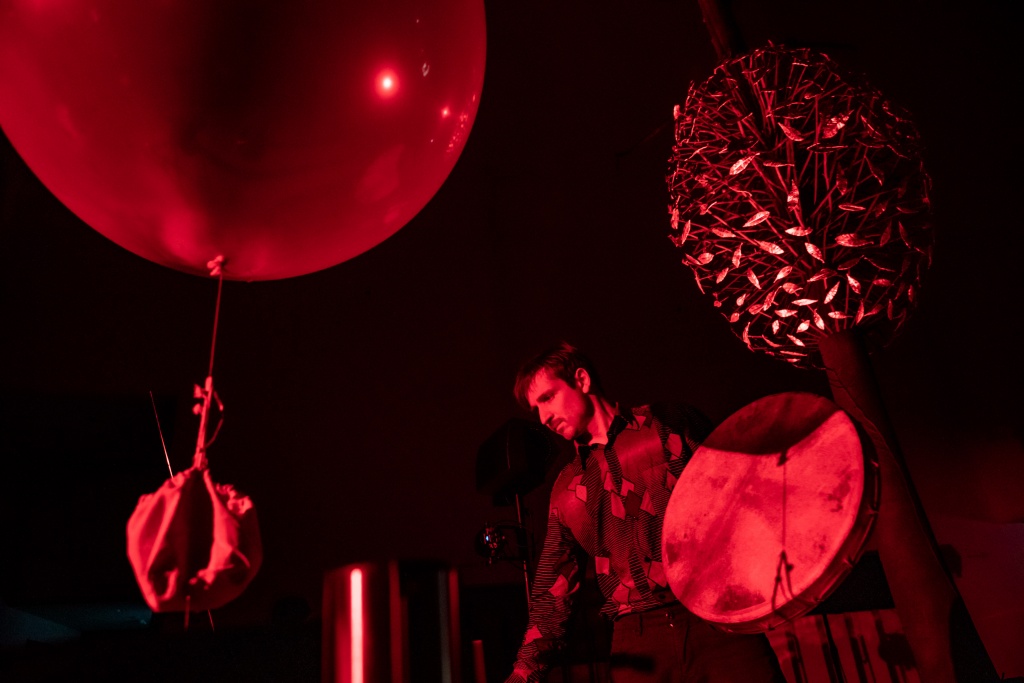 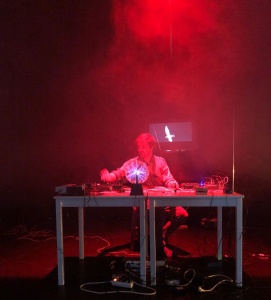 The project, matter of radio, blends elements of experimental music, sound art, performance, ritual, lecture and live radio drama. The project is a divagation; it wanders throughout the questions of the matter of the radio, the radiophonic space and its relationship with the human being. Read more >> 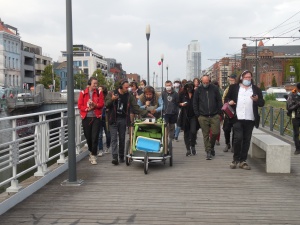 Belvédère Sonore is an imaginary structure built to take full advantage of the wind blowing through the pines or as a gazebo erected to enjoy the murmur of a fountain. During their residency at Q-O2, Jonathan Frigeri and Eric Desjeux have created music for three sculptures located in the city of Brussels, around the Place Sainte-Catherine. The presentation consists of a collective walk to experience the music in-situ.
The music for the sculptures will be broadcasted trough an FM emitter. Read more >> 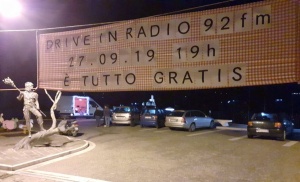 This project is about the exploration of places; the ritual in part forgotten and the new one that aggregates “different communities” (the young, the old, those who left, those who returned, those who never left). The inhabitants of a small village in South Italy are invited to come with their car in the central square of the village where a live radio show is broadcasted troughs an FM emitter. The sound and the voice of the show come out exclusively from the loudspeaker of each car, every spectator became a part of the show, became a speaker. The radio show, composed with the participation of a writer and another sound artist, is about stories related to the point of view of the audience when is seated on the car. It is about collective memories and disappearances, beliefs and ghosts. Read more >>

Mysteries of the ether

Jonathan Frigeri, lets his mind blow out in all directions about the mysteries of the ether. He plays with old radios, tapes, balloons and wires. He gets lost over albatrosses and dedicates the viewer as a shaman in the role of radio in times of war and peace. An associative auditory trip. Read more >> 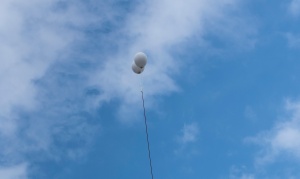 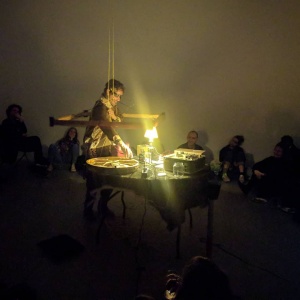 The work aims to explore the idea of connection and provide keys to be more aware of our entourage, above all, the invisible and inaudible one. It is this, in between two states of consciousness, like the bardo or the hypnagogia or the trance, where we can also locate the radio transmission. What forces are hidden behind the electromagnetic world and what is its relationship with altered states, the trance? Could the radio be an enchantment tool used as an oracle to connect subconsciousness with unknown forces and reach ecstatic states? Are these dimensions parallel to our visible world? Read more >> 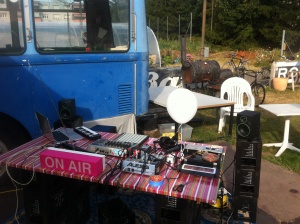 The music on the radio is background and must support an existing structure and leave space for discussion, other sounds, other sound events. Une musique d’habillement that is not invasive and that allows other things to exist.
The radio imposes a passive aspect of listening, unlike the cd or the vinyl, which requires us to be operators in addition to listeners. The music that comes out of the radio does not depend on our will, we can only decide to listen or not to listen, but the listening in itself largely preserves the characteristic of an event whose programming is entirely under our control. It is the music that comes to us and not us who go to the music. Read more >> 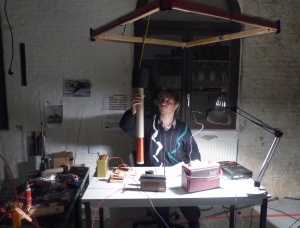 The real ritual is related to a liminal experience. It is an experience that is usually happening on the border of two worlds, two dimensions, two spaces. You are living something that is bringing you outside of your normal existence and changing your status or your belief forever. This is one of the paradigms to create a real ritual and the radio is already such a thing. You are already in a liminal state. You are between here and there, between the voice that is speaking to you from elsewhere and the place where you are as you are listening. You already have a connection with something that is elsewhere. Read more >>