GAME MUSIC – AN HOMAGE TO ROAMING AND SURPRISE
The music we usually compose has more often than not been solely based on the traditional narrative structure of beginning middle and end, the notion that the performance is going to be heard in exactly the order in which it was composed. In Music Hole the linearity is replaced with interactivity. Meaning that as a listener you can chose the order, the form or even influence the structure of the music.

Music Hole is a virtual space composed of desertic space and islands of totemic music. As a player you have to find your way. You can meet and speech with others user or you can be alone. You have free zone where you can walk and try to find area of interest where totem are installed. 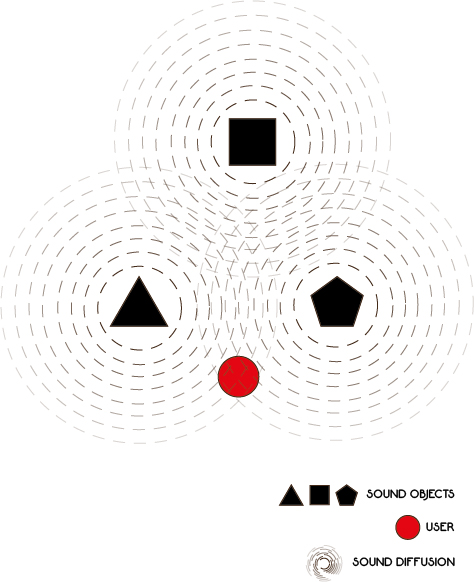 Music hole is subjected to update and magnification. It could be a musical instrument, a radio station, a music box or a meeting place.

← The sound of destruction
The conference of the birds →